Let’s Weave a Web of Love!

It was not uncommon to see a path of raised dirt going across the front yard at my childhood home. Occasionally you might even seen the ground being worked and with a shovel dig up the mole. Although moles can disrupt gardens or manicured lawns, they have something valuable to teach us about church life. Moles spend most of their time underground, using a complex system of tunnels to find food, take shelter from the elements, and sleep in safety. Although many moles may use common tunnels (like highways), they generally retreat to their own holes or nests to bed down.

Spiders also have a lesson to teach us. They spend a great deal of time carefully weaving webs that become intricate, perfectly symmetrical masterpieces. Because each strand of the web is connected to another, spiders can sense the tiniest of vibrations no matter where they are on the web. If part of the web becomes damaged or lost, they work quickly to rebuild it.

Churches can be like mole tunnels or spider webs. Just like a mole’s underground world, churches can be a place where everyone enters the same door and uses the same hallways but eventually retreats to their own space, isolated and detached from the others. People often carve their own tunnels and separate themselves by age group, theological beliefs, political affiliation, season of life, or many other factors. When this occurs, ministry becomes just another compartmentalized area of our lives. On the other hand, churches can instead choose to be like a spider web, where each person/ministry/age group is connected and intertwined, becoming a system that struggles and thrives together as one. In this model, people form relationships across generations, lifestyles, interests, and beliefs. There is intentionality and cohesion throughout the entire web.

We want to be like a spider web, not a mole den. Each “strand” in the Body of Christ is both important and necessary, from our babies in the nursery to our homebound church members throughout the community, and everyone in between. Let’s weave a web of love together.

The season for the garden and the vegetable are a lesson in God’s concern and care for our health. God has literally given us a medical pharmacy in our gardens.

A walnut looks like a little brain, a left and right hemisphere, upper cerebrums and lower cerebellums. Even the wrinkles or folds on the nut are just like the neo-cortex. We now know walnuts help develop more than three dozen neuron-transmitters for brain function.

Avocados, eggplant, and pears target the health and function of the womb and cervix of the female – they look just like these organs. Today’s research shows that when a woman eats one avocado a week, it balances hormones, sheds unwanted birth weight, and prevents cervical cancers. And, how profound is this? It takes exactly nine months to grow an avocado from blossom to ripened fruit.

Sweet potatoes look like the pancreas and actually balance the glycemic index of diabetics. Onions look like the body’s cells. Research shows onions help clear waste materials from all of the body cells. They produce tears which wash the epithelial layers of the eyes. Kidney beans actually heal and help maintain kidney function; they look exactly like the human kidneys.  God’s unity in creation is astounding. God’s pharmacy is amazing!

Give God Your Weakness and He’ll Give you His Strength 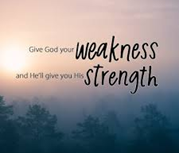 Rick Hoyt was born with severe disabilities. He was unable to talk, walk, or use his hands. Doctors told his parents that he would never be anything more than a vegetable and that they should just put him in an institution. Rick’s father, Dick, was unwilling to accept this. He could see in his son’s bright eyes that he was not a vegetable. He eventually fitted his son with a computer that he can use to communicate by tapping a button with the side of his head. Not only did this enable Rick to graduate High School, but he also went on to college and got a degree in special education.

When a classmate was injured and the school organized a charity run, Rick typed out to his dad, “Dad, I want to do that.” So Dick prepared to push his son in the wheelchair. When they started the five mile race, many of those watching thought he would push his son down to the corner and come back. But he didn’t. He ran the entire five miles.  Afterward, Rick typed out, “Dad, when we were running, it feels like I’m not even handicapped!”

So began the first of many races which not only included marathons, but triathlons as well. Dick really got into shape, leading some to suggest he try racing without his son. But he will not. Rick cannot race without his dad, and his dad will not race without his son. They are called “Team Hoyt.” Dick has become his son’s arms and his legs in the races. Dick outputs an amazing amount of time, effort, and energy for his son. They literally do everything together!

This is the way it is with my Heavenly Father. My sins twisted my life and rendered me a powerless slave to them. He took those sins and bore them upon himself out of love for me. Without him, I would still be enslaved. It is my Father who is at work in me both to “will and to work for His good pleasure” (Phil 2:13). Truly, I can do nothing without him. I am still weak, but his power is demonstrated in my weakness. He carries me through life with his strength. When I sin, I remind myself that I can do no better without Him, and that I need to reconnect with Him. I cannot do it on my own. Without him, I would be stuck right where I was. The strength that I now have is really not my own. He gave and continues to give to me endlessly. 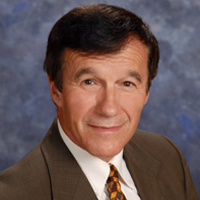 It appears that you could divide Christians into three broad classifications.  First, there are the Minimum Christians. According to the dictionary, the minimum is “the least quantity assignable, admissible or possible.” This would include those who attend as few services as they think is necessary and do the absolute least work they think they are required to do.

Second, there are the Medium Christians. They are comfortable in being “in a middle position.”  They are not the strongest Christians nor are they the weakest. They are satisfied with being average, not the best but not the worst. Maybe they could be among the “lukewarm” (Rev. 3:16).

Then there are the Maximum Christians. They would be those who are of the “highest, greatest, or utmost development.” They are present for every service, are constantly striving to build up the church and lead others to Christ and are “ready unto every good work” (Titus 3:1).

Paul gave this exhortation on giving to the Corinthians, ” But since you excel in everything—in faith, in speech, in knowledge, in complete earnestness and in the love we have kindled in you—see that you also excel in this grace of giving”. (II Corinthians 8:7) The word “excel” means to “abound or super abound.” Let’s strive to be Maximum Christians by always excelling in the work of the Lord. 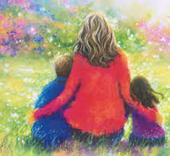 Richard Kerr once wrote: “The most creative job in the world involves fashion, decorating, recreation, education, transportation, psychology, romance, cuisine, literature, art, economics, government, pediatrics, geriatrics, entertainment, maintenance, purchasing, law, religion, energy and management. Anyone who can handle all those has to be somebody special. She is. She’s a homemaker.” It’s a sad thing that many in the last few decades have demeaned this important job and made comments like: “Oh, you just stay at home? You don’t have a real job?” There is no job more real; there is no job more important than that of mother. If an outside job causes them to neglect their most important job, women will find that they have cheated themselves and their children.

Surely it is right for us to honor those among us who faithfully live out the role of mother. Though often overlooked, what our mothers do for their children has a huge impact on the future of our church and our world. As we learn more and more about child development, we come to appreciate the importance of this task. Can a woman do anything more important than instill faith in her children and raise them in the knowledge of the Word of God?

There are heroes among us — those whose deeds go far beyond their strength, far beyond their wisdom, far beyond all reasonable expectations. These heroes are called: Mother. Mothers, we salute you not only on Mother’s Day, but each day as you perform this holy task. As you sacrifice your own worship time to handle an unruly child or as you spend prayerful nights over a child who is sick, yours is a high calling. Let no one tell you otherwise. Our church needs good mothers.